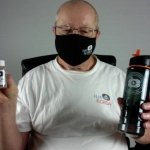 Note to my fellow actors: If I were to add the cost of my SAG-AFTRA dues to my monthly fees paid to IMDb Pro, Casting Networks, and to the cost of keeping my website running, I would come up with a significant sum. Let’s add the cost of headshots as well…they are not cheap…and the cost of ongoing training to keep our instrument tuned. Those costs add up to an amount that makes the yearly cost of membership in Film Florida seem like pocket change. Yet, without the help of Film Florida, all the money spent on dues and other costs will mean little if we don’t have films being made in our state. It’s a no-brainer, my Florida Actor Friends. I joined two years ago. You should, too! 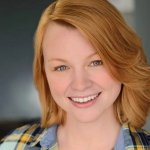 Even during a pandemic and when production is almost nonexistent, Film Florida is still working hard because they believe in our filmmakers, crew, and talent. Don’t stop believing! I do wish I could contribute more but every little bit helps. If you can, support #FilmFlorida.

“I became part of Film Florida when the organization hired me as communications consultant. My years with Film Florida have made me passionate about bringing more “industry” members like me into the fold. There’s so much I’ve gained from my involvement with the organization that I’d like to see Film Florida really target and reach out to and pull in more industry members.” 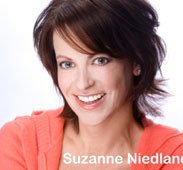 “I joined Film Florida because I believe in its mission and its members. I can tell you is what I see Film Florida doing right: I applaud the efforts being made to advocate for our filmmaking professionals, networking opportunities and bringing work to Florida. The Scholarships and educational opportunities offered by Film Florida are what always attract me to organizations in which I want to contribute. I am proud to be a member of Film Florida.”

“We want to support the efforts of Film Florida and all that they do to promote filmmaking in our state. The way Film Florida has been helping to craft the film incentives offered by the Governor’s office has really been inspiring and something we wanted to be a part of. Our industry depends on it and Film Florida is an outstanding source of leadership in that area.”

“We joined FF to get the word out about HUB (i.e. the proper exposure we needed). We joined to network. We joined to learn about the various film commissioners needs needed for insurance and to offer our support and service; We joined to support the Film Industry in Florida while educating the film industry about the catastrophe insurance like hurricanes when shooting here during the Tropical season; And to work with the state to grow the film incentive to make our state not only attractive to the independent film makers in FL but to bring those film makers here from all the States and Europe.” 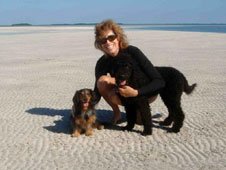 “The Florida Keys joined Film Florida many years ago to make sure the State had a cohesive message to impart to the film community in both Los Angeles and New York. We are here, open for business and supportive of all filming in the State of Florida AND we have a liaison in Los Angeles to assist you. I think its important for FF find venues of marketing our areas and state in creative ways while individual working budgets are being cut. I believe Film Florida is the face of the industry in the State and we need to be the organization that interfaces and helps create solutions whether it be, unions, police, parks, permitting etc. Also, our efforts to support the State’s film incentive is invaluable.”

“Film Florida is the one association in the state of Florida that has embraced a constant dialogue of Film and Television Professionals from Studios, Labor, Associations, and Film Commissions, presenting a united industry voice that effectively communicates with the State Legislature and supports the initiatives created by the Legislature and the Governor.”

“Film Florida provides a unique opportunity to develop relationships with other key industry contacts in the state. By working together, we are able to market the state as a whole in an effort to secure additional business in our regions.”

"Not only is the Emerald Coast a beautiful place to work, but the local community and film office are so accommodating and supportive of our efforts. I can't wait to get back to this beautiful area."

Make your plans for the Reel Deal Film Festival in

Thanks to new and renewing Film Florida members A