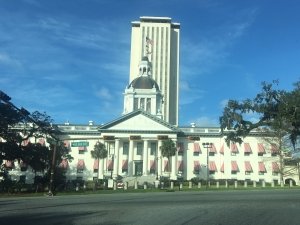 Since the end of the 2020 Legislative Session, elections were held and the Florida Legislature has close to 50 new members. Film Florida members have conducted more than 150 meetings with candidates and legislators since last summer and there were two main goals of those meetings: First, to continue to educate legislators so they understand the importance of the film, television and digital media production industry in Florida, reiterating that the film industry is a part of the fabric of Florida. Second, the film and television industry can and should be a major part of Florida’s economic recovery. Continuing to diversify the state’s economy while supporting high-wage, high-tech jobs is vital.

The time spent building relationships with legislators over the last eight+ months is equal to, and possibly more important, than anything that may happen the next two months during the Legislative Session. 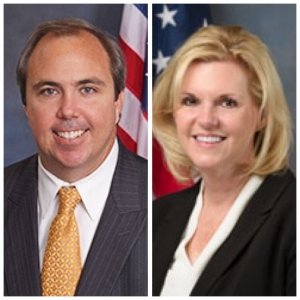 Film Florida is advocating for two bills already filed for the 2021 Legislative Session. SB 704 from Senator Joe Gruters (R- Sarasota) and HB 757 from Rep Dana Trabulsy (R- Fort Pierce) would create the Film, Television, and Digital Media Targeted Rebate Program. Both SB 704 and HB 757 already have more co-sponsors than the same bills had at the end of the 2020 Legislative Session. SB 704 has already passed favorably out of one committee. Film Florida, along with our Government Relations firm, is making efforts daily to get the bills on additional committee agendas. Each bill must pass through three committees followed by a vote of the full Senate and the full House of Representatives.

SB 704 and HB 757 have bi-partisan support and have the backing of the Florida Chamber of Commerce, Florida TaxWatch, and Associated Industries of Florida (AIF), Florida Association of Counties, among many others. We sincerely appreciate that all four organizations have included the film, television and digital media industry in recommendations or priorities for the 2021 Legislative Session as they see the importance of our industry for Florida’s economic recovery. 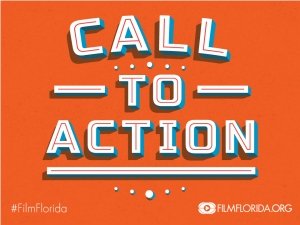 As legislation (hopefully) advances, we may be calling on all of you to participate in the process. It could be letter writing, it could be sending e-mails, it could be making phone calls, it could be something else. We will post regular updates on our Facebook, Twitter and LinkedIn pages. If we have an official “Call to Action” we will post on our social media pages as well as send via e-mail so please be on alert in case we need your help.

In addition to advocating for the “Targeted Rebate Program,” Film Florida, and our tremendous Government Relations Team, will closely monitor any additional legislation that may positively or negatively affect the industry.