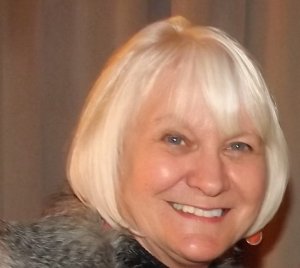 Bonnie King, Film Commissioner for the Space Coast Film and Television Office, a Committee of the Brevard County Tourist Development Council (TDC), has been named President of Film Florida. It was announced at the Film Florida Annual Meeting in Destin, FL, along with the entire Film Florida Board of Directors for 2017-2018.

“It is a privilege to serve as president of Film Florida,” commented King. “I look forward to working side by side with industry professionals as we seek opportunities to strengthen the film, TV and digital media industry. Florida is open for business and competing for high wage jobs in the film, television and digital media industry and we plan on continuing to spread that message.”

Bonnie works closely with local associations for independent filmmakers in the Space Coast area. Her responsibilities include developing film, television and print opportunities for the space coast. This includes feature films, television shows, commercials, music videos and fashion photography. She serves on high school advisory boards for hospitality and entertainment in Merritt Island and Rockledge; sponsors the Melbourne Independent Film Festival; and serves on the Meetings and Conventions Committee for Visit Florida.

Bonnie started her career as a Radio Broadcaster where she “broke the sound barrier” by being the first woman in Brevard County to host a Rock-N-Roll radio show during the day! She then worked as Marketing Director for a regional shopping mall before joining the Space Coast Office of Tourism/Film where she assists the Director in public relations activities; marketing and advertising; and special projects for the Tourist Development Council. She has been involved with Film Florida for 15+ years, most recently serving as 2nd Vice President.

Immediate Past President Kelly Paige added, “It has been an honor to serve Film Florida and our entire Florida production community over the last year. I enthusiastically support Bonnie King and believe that her courage, tenacity and vision will continue to show the far reaching benefits our industry has on the state of Florida including creating jobs, spurring economic development and generating tourism.”