Film industry should be part of Florida’s economic recovery | Commentary

Film industry should be part of Florida’s economic recovery | Commentary 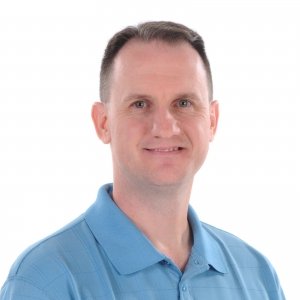 In a commentary submission dated Dec. 28 (“Corporate welfare, state bailouts won’t fix economy”), Skylar Zander of the special-interest group Americans for Prosperity-Florida made a number of statements about Florida’s film, television and digital media industry, continuing to focus on the past instead of looking toward Florida’s future.

Zander references an old incentive program that ended in 2016. The group failed to mention that our industry has not advocated for that program for many years, and instead supports a targeted rebate program that benefits the state and the taxpayers of Florida.

The author references the state’s upcoming budget shortfall, which is a very important point, but they offer no solutions. Film Florida continues to advocate for a program that’s performance based and designed to produce an excellent return on investment, ensuring the state receives more than $1 of tax revenues for every $1 in rebates provided. Florida would actually make money from the program, which would increase state tax revenues without raising taxes.

The author incorrectly said the film, television and digital media industry claimed to be the “cure” for Florida’s post COVID-19 economic recovery. But we do believe the film and television industry can and should be a part of Florida’s economic recovery moving forward, continuing to diversify the state’s economy while supporting high-wage, high-tech jobs.

When an average feature film or television series films in a location, they spend $20 million in the local community while hiring 1,500 Floridians. One single production can put $150,000 per day directly in the pockets of citizens and small businesses. This also generates significant local and state tax revenues — with the state earning more in direct revenue than it would eventually rebate to the production. A targeted rebate program will make money for the state, employ many at far-above-average salaries, and create products that attract tourists to Florida.

Florida is the only state in the Southeast without a program to compete for film and television projects, which puts us at a major competitive disadvantage. Our regional neighbors included the film and television industry as part of their post COVID-19 economic recovery.

Georgia Gov. Brian Kemp said his state expects to host more than 75 major film and television projects that will spend more than $2 billion over the next 18 months that will “jump-start the Georgia economy by creating jobs and generating greatly needed investment and spending in communities across the Peach State.”

It’s hypocritical for a special interest group like Americans for Prosperity– Florida to continue to combat economic development programs.

AFP is famous for saying the government shouldn’t pick winners and losers. That’s a nice saying, but when your founders and funders are raking in incentive dollars from other states it rings empty.

The demand for film and TV programs is higher than ever before. We believe that content should be made in Florida, creating jobs, pumping new money from outside Florida into our economy and enhancing tourism. Let’s get those films and television series here where Floridians can see benefits from their tax dollars, and the state can quickly boost revenues.

John Lux is the executive director of Film Florida, a statewide not-for-profit entertainment production trade association run by volunteer members of the industry.

The Film Florida Podcast is off this week, but you

Featured Member Profile: Thanks to the Sarasota Co

Thanks to Senator Joe Gruters for filing SB 704 wh