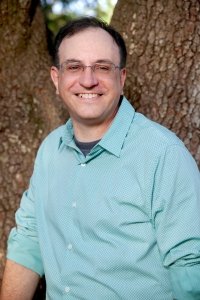 Florida’s rich history in film traces back to 1908 when Jacksonville was nicknamed “The Winter Film Capital of the World.” Jacksonville’s Norman Studios is the only known remaining silent film studio left standing in the U.S. and was designated as a National Historic Landmark in 2016. The film industry is a part of the fabric of Florida.

In recent years though, Florida has lost more than 70 major film and television projects that would have spent more than $1.3 billion in Florida, used 220,000 hotel room nights and provided 110,000 cast and crew jobs for Floridians. Florida is the only state in the Southeast without a program to compete for film and television projects which puts us at a major competitive disadvantage.

Since the beginning of the pandemic, our economy has taken a significant hit. The film and television industry can and should be a major part of Florida’s economic recovery. Continuing to diversify the state’s economy while supporting high-wage, high-tech jobs is vital.

When an average feature film or television series films in a location, they spend $20 million in the local community while hiring 1,500 Floridians. Given the current challenges to our economy, one single production can put $150,000 per day directly in the pockets of citizens and small businesses. This also generates significant local and state tax revenues.

In addition to the direct jobs, the industry supports indirect jobs and wages for thousands of small businesses including caterers, dry cleaners, hotels, florists, hardware and lumber suppliers, security guards and off-duty law enforcement officers. The industry has a far-reaching impact on Florida’s economy.

Georgia Gov. Brian Kemp, a Republican, recently said his state expects to host more than 75 major film and television projects that will spend more than $2 billion over the next 18 months that will “jump-start the Georgia economy by creating jobs and generating greatly needed investment and spending in communities across the Peach State.”

While other states are competing for projects, I want that same impact from our industry in Florida. During the last legislative session, Sen. Joe Gruters and Rep. James Buchanan filed bills that would create a modest but effective “targeted rebate program” to entice film, television and digital media companies to bring projects, jobs and money to Florida.

The bills received bipartisan support and had the backing of the Florida Chamber, Florida TaxWatch, and Associated Industries of Florida. The legislation was performance based and designed to produce an excellent return on investment, ensuring the state receives more than $1 of tax revenues for every $1 in rebates provided while creating more than $5 of spending in the state.

I encourage our newly elected Legislature to recognize the value and potential of our industry to quickly help aid in our economic recovery. There is more appetite for original content in the marketplace than ever before, which means there has never been more money available to create new content. We believe that content should be made in Florida, creating jobs, pumping new money from outside Florida into our economy and enhancing tourism.

The film and television industry has been helping Florida’s economy for 112 years. It should be leveraged to help our great state lead the national economic recovery plan.

Stephen Wise is a screenwriter and filmmaker with Reality Check Entertainment in Northwest Florida.