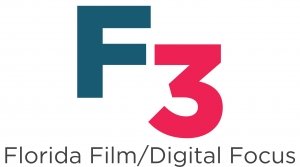 Industry professionals and students from throughout the state participated in the Florida Film/Digital Focus presented by Film Florida and Women in Film & Television- Florida (WIFT-FL) on Saturday October 12, 2019 at Orange Technical College- Mid-Florida Campus in South Orlando. The day-long event included 13 different panel discussions and more than 15 demos, workshops and tutorials with equipment and software manufacturers, production specialists, industry organizations and technology representatives.

“The goal of the event was to build on the first F3 in 2017, to bring together all aspects of the industry to showcase and educate people on the newest gear, techniques, and programs available to the working professional, and serve as a tool for the newer filmmakers to get information and introductions to what the professionals are using in the field,” Bonnie King, President of Film Florida said. “I am proud that Film Florida and Women in Film & Television- Florida partnered again to put on this event. There was a great turn out, Orange Technical College was a great venue and host, we’re grateful to the sponsors that helped fund the event, and the feedback we’ve received thus far has been overwhelmingly positive.”

Film Florida and WIFT-FL Board member Alexa Sheehan was the creator of the concept and event producer while Film Florida Executive Director John Lux and WIFT-FL President Nancy McBride led a team of volunteers from Film Florida and WIFT-FL, along with the support from Film Orlando, that put on the event. Highlighted panels included The Profession of Producing, Writing for Television, Pitching? You Need This!, Legal, Contracts, and Clearances, The Business of Acting, The Changing Landscape of Film Festivals, Safety and Protocol on Set, Creative Drone Operation and The State of Filming in Florida to name a few. The late afternoon included demos of Virtual Reality, Motion Capture, an actor workshop: The Art of Cold Reading, and tutorials from multiple local and international software and equipment manufacturers and suppliers. CLICK HERE to view additional photos.

About WIFT-FL: Women in Film & Television-Florida (WIFT-FL) is charged with building positive images of media-makers (both women and men), empowering them to achieve their highest professional/creative potential, through education and networking and helping create more job opportunities throughout the State of Florida. WIFT-FL is headquartered in Orlando with branches in Tampa Bay, Miami/South Florida, Daytona Beach, Jacksonville and Melbourne. For more visit womeninfilmfl.org.