Florida is losing billions in revenue. Give the film industry effective incentives to return | Opinion

Home/News/Florida is losing billions in revenue. Give the film industry effective incentives to return | Opinion

Florida is losing billions in revenue. Give the film industry effective incentives to return | Opinion 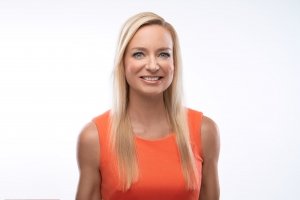 Film tourism lures visitors explore locations and destinations that have become popular because of their appearance in films and television series.

A Visit Florida survey found that almost 25 percent of domestic tourists to Florida said something they saw on film or television contributed to their decision to visit our state. A study from the Association of Film Commissioners International showed that 20 percent of worldwide tourists are influenced by film or television when choosing their destination.

“Miami Vice” transformed South Florida’s tourism industry. More than 30 years later, the Miami Heat wear uniforms inspired by the enduring TV show. “Burn Notice” was the longest Florida-based television series in history. For seven seasons from 2007 to 2013, it put Miami front and center for millions of viewers to see, and at the height of its popularity, “Burn Notice” was cable television’s No. 1 show. South Florida has also been showcased in “Ace Venture: Pet Detective,” “The Birdcage,” “Bad Boys,” “Bad Boys II” and “Ballers,” to name just a few.

According to the Monroe County Tourism Development Council, after Season 1 of “Bloodline” was filmed in the Florida Keys, more than $65.5 million in incremental tourism spending was attributed to visitors lured to the Keys by the Netflix series. Season 1 of “Bloodline” was responsible for 1,738 jobs and $9.4 million in state and local tax revenue, in addition to the $30 million in production spending. “Bloodline” filmed three seasons in the Keys. Unfortunately, it was canceled prematurely because Florida’s incentive program for the film industry expired. The loss of the remaining three seasons of this show was projected to be $75 million in direct spending, plus additional enhancement because of tourism.

During the 2020 legislative session, my last as a member of the Florida House of Representatives, I was proud to co-sponsor legislation that would create a modest, but effective “targeted rebate program” to entice film, television and digital-media companies to bring projects, jobs and money to Florida. The bills received bipartisan support and had the backing of the Florida Chamber of Commerce, Florida TaxWatch, and Associated Industries of Florida. The legislation was performance-based and designed to produce an excellent return on investment, ensuring the state receives more than $1 of tax revenue for every $1 in rebates provided while creating more than $5 of spending in the state.

I encourage the newly elected Legislature to recognize the value and potential of this industry to quickly help in our economic recovery.

A booming film, television and digital-media industry would bring high-wage jobs to the state, accelerating its economic recovery and further diversifying our economy. This industry has a double impact on Florida’s economy — first, when the average project spends more than $20 million in the local community while hiring 1,500 or more Floridians; and, then, when worldwide tourists flock to Florida after seeing our beautiful state on big, small and mobile screens.

It’s clear that the marketplace needs more content than ever before, and there’s more money available to create it. That content should be made in Florida. The products of the industry — commercials, TV and movies — are key necessities to diversifying and rebuilding the state’s economy while enhancing its vital tourism industry, which has been seriously hurt by the coronavirus pandemic.

The film and television industry should be a targeted part of Florida’s economic-recovery plan.

Holly Raschein is a former member of the Florida House of Representatives, serving District 120 in Monroe and southern Miami-Dade counties.