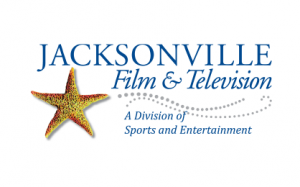 “Jacksonville has a long history with the film industry, hosting more than 1,200 productions in just over a decade,” said Mayor Lenny Curry. “These performances have created thousands of jobs and generated millions of dollars in economic impact for our community. I’d like to congratulate this year’s two award recipients who exemplify the very best in Jacksonville’s film and TV community, and thank them for their contributions to the industry and to our city.”

Recognized for his creativity in the industry, Mark Kohl was presented with the 2018 Jacksonville Film & Television Industry Achievement Award. Kohl is a successful, innovative, cutting-edge Director and Cinematographer in television and feature films. He has shot features for Francis Ford Coppola’s production company and served as the Director of Photography on Aaron Spelling’s “Safe Harbor.” Additionally, Kohl has directed and shot more than150 episodes of “America’s Most Wanted,” lensed more than 15 films including “Lonely Hearts” with John Travolta and James Gandolfini, and HBO’s “Recount” with Kevin Spacey and Dennis Leary. In between, Kohl has managed to deliver more than 2000 commercials to hundreds of agencies and clients such as McDonald’s, Honda, Ford, AT&T, Pizza Hut, Carnival Cruise Lines and Dick’s Sporting Goods.

Also recognized at the reception was Franklin Ritch, who was awarded the 2018 Rising Star Award which recognizes remarkable individuals under age 35 in the local film and television industry who excel in their specific craft, show progressive advancement in their careers, serve as role models and stand out as potential stars of the future. Ritch was born and raised in Jacksonville, and spent most of his early years making short stop-motion animated videos. Ritch attended Florida State University, followed by a job as an associate producer at Jacksonville-based Digital Video Arts. In this role, Ritch wrote, directed and edited commercials, music videos and short films. He is well-known for his short films “Chatter Box” and “Bedridden.”

About the Jacksonville Film & Television Office
The Jacksonville Film & Television Office, a division of the City of Jacksonville’s Sports & Entertainment Office, works with local film, digital media and related businesses to enhance job creation and economic development. In the last 13 years, the office has assisted approximately 1,252 productions that have generated an economic impact of over $38 million and more than 12,000 local jobs. More information can be found at FilmJax.com.