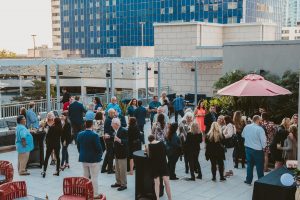 Our Quarterly Meeting officially began Tuesday morning, March 29 with the Film Florida Industry & Association and Labor Councils Meeting. The discussion included COVID-19 protocol updates, discussion about past and upcoming Film Florida Friday editions, Film Florida’s “Glam Scam Task Force,” an upcoming sustainability initiative and the various grants available to filmmakers. Next was the Film Commission Council Meeting where the discussion included film commission updates from around the state, including Florida’s Office of Film and Entertainment, the status of local incentive programs, Film Florida’s upcoming initiative with the Location Managers Guild International, as well as recent and upcoming trade shows, conferences and film festivals, both in Florida and throughout the country.

After lunch the Education Council met to discuss various institution updates, an in-progress educational survey, various resources available to our Film Florida student members, and the final report from Film Florida’s student member focus group and survey done last Fall. Finally, the Legislative Committee met to recap the 2022 legislative session, look ahead to the elections later this year where all 160 members of the Florida House and Florida Senate are on the ballot, and begin formulating a plan for the 2023 legislative session. 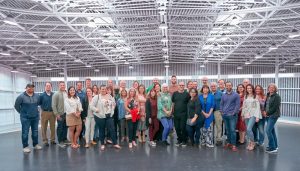 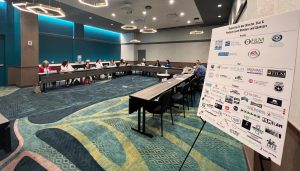 Our Board of Directors meeting took place on Wednesday March 30. Since this was our first Board Meeting since the passing of Board Member Marty Lewis and member Mel Maron, we took a moment at the beginning of the meeting to remember them. While our committee and council meetings are open to Film Florida members only, the Film Florida Board of Directors Meetings are open to the public and we appreciate those that joined us. In addition to recapping the committee and council meetings, the Board meeting included updates from the Budget & Finance, Membership, Strategic Futures and Marketing Committees as well as the Florida Office of Film & Entertainment.

For those who attended our meetings, we hope that your visit with us was informative and productive. It was terrific to be back in person and see so many familiar faces that we’ve only seen on Zoom the last 2+ years, and we were pleased that so many new Film Florida members joined us in Tampa. We look forward to seeing all of you again at future events, tradeshows and meetings across the state. For those members who are unable to travel, we encourage you to participate in meetings to remain engaged with the organization. If you’re not a member, please CLICK HERE and consider joining so you can participate in our committee and council meetings and protect your business interests. Our organization is only as strong as those that participate, and we always welcome new perspectives. Our next Board of Directors Meeting will be June 22-24 in Fort Lauderdale. As always, thank you for your continued support and we look forward to seeing you soon.