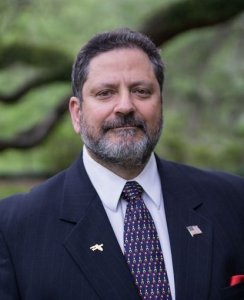 Imagine that you are a TV producer, trying to figure out how you can begin getting back up and running as the pandemic begins to abate. You need a sunny climate with easy access to beaches. After months on hiatus, your network has green-lit a full first season of your new show, and you need somewhere to set up shop. You don’t have an unlimited budget, though, so you have to make the call based on what location gives you the best balance of cost and atmosphere. Might Florida be the right choice?

With companies like Netflix spending more than $12 billion on new programming in 2018 alone (yes, that says billion), there are no shortage of film and television productions out there, waiting to get back to work, going on-location with new jobs and new spending, not to mention the impact on tourism that can come from having millions of viewers watching a show set in a tropical paradise like the Keys.

Could the next wave of TV and film production help dig Florida’s economy out from under the COVID-19 rubble? As sports and entertainment return, could the industry surrounding our favorite actors and teams put a sizable number of the millions of Floridians worrying about next month’s rent back to work?

The Florida TaxWatch report, “Is The Sun Setting on Film in Florida,” reported that in 2016, as a result of a 2010 law that created a five-year, $242 million “transferable tax credit for the state’s film and entertainment industry,” the Florida motion picture and television industry was responsible for more than 150,000 jobs and $2.02 billion in wages. This industry has a demonstrated history of stable, high-paying jobs across a multitude of sectors, such as caterers, dry cleaners, hotels, florists, hardware and lumber suppliers, software and digital equipment suppliers, plus the knock-on effects on theme parks and tourist attractions. All of these businesses are greatly affected by the current state of our economy and could receive a boost from a renewed effort to bring film and TV productions back to Florida. But for that to happen, the state has to do its part.

If history has shown us anything, it is that film and television production companies will spend when on location. It has been reported that when Walt Disney Studios filmed in Lakeland a few years ago, the company spent more than $134,000 for local acting talent, hotel rooms and other expenditures, in just three days. Film Florida, a not-for-profit association that provides a leadership role in Florida’s film, TV, commercial and digital media industry, estimates that recently Florida has experienced more than $1.3 billion in known lost film and television opportunities in the past few years alone.

After years of decline and lost opportunities, is it just possible that this once-vibrant industry can be a catalyst for the recovery? Putting Floridians back to work, inspiring tourists to return to the state, and helping us all get back to normal? We can provide the right structure to incentivize this industry to come back to Florida, and it just might help put us back on track.

Florida’s lack of an incentive program has decimated the state’s film and television production industry, and Georgia has benefited tremendously from this policy decision. Florida TaxWatch research shows that a film incentive program could create jobs for Florida residents, promote Florida tourism, pump additional revenue into local businesses, and generate state and local revenues, if properly reconstituted with safeguards to ensure the state profits on its investment.

Florida lawmakers need to recognize the value of this industry and leverage its ability to bring in serious cash flow into communities that desperately need it. Now is the time for Florida to build a new incentive program, so when the film and television industry gets back up and running, Florida returns to being the destination that it deserves to be.

Dominic Calabro is Florida TaxWatch President and CEO. For 40 years, Florida TaxWatch has served as the trusted eyes and ears of Florida’s taxpayers, working as an independent, nonpartisan, nonprofit government watchdog and taxpayer research institute.