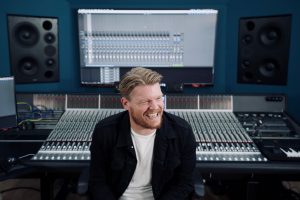 is a composer and multi-instrumentalist most known as the keyboardist in the multi-Grammy award nominated band Under Oath. After almost two decades and over one million albums sold, Chris is bringing his unique ear and style to the film scoring world in a way that’s already leaving a prominent mark. Chris talks about how he got into music, his evolution as a musician, and scoring for films and video games. Audio editing by Rob Hill.