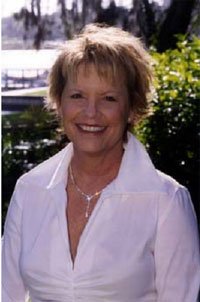 It’s hard to measure Sara Fuller’s impact on the film production industry in Florida. What is easy to see is that Sara was a pioneer that played a significant role in making Metro Orlando one of the top region’s in the state for the production industry. In 1975, Sara began her career working with her first husband, Brad, as a production assistant and then production manager at Fuller Films in Winter Haven. Sara then, in 1980, became a founding partner of one of Orlando’s first commercial production companies, Florida Film & Tape. Working with agencies out of Chicago, Toronto and Boston she helped put Orlando on the map as a premier production destination. As one of the most respected location managers in the industry, she showcased Central Florida as “Anywhere USA” attracting national commercials to the area including SeaWorld, Nokia, Time Warner, McDonald’s, Pizza Hut, Kelloggs, and Wendy’s, to name a few. In the early 80’s, Sara had the foresight and initiative to make a temporary move to Chicago so that she could earn her DGA card. She returned to Orlando as one of the first DGA 1st ADs in Central Florida. She continued her career as a freelance 1 AD and location manager, working in the height of episodic television and feature films in Central Florida including Superboy, SeaQuest, Fortune Hunter, Ernest Saves Christmas, and Christopher Columbus-The Discovery.

Outside of physical production, Sara was a supporter of the founding of the Metro Orlando Film & Entertainment Commission and the Florida Chapter of Women in Film & Television (WIFT), both of which continue to be strong organizations today because of her signature strength and professionalism. Without question, Sara was a tough professional with conviction. She showed a great sense of humor and wasn’t afraid to move equipment to help make the day. She cracked the whip with respect for the crew, yet kept her shooting schedule on time. Her strong will, raspy voice and gracious spirit truly touched the lives of everyone she met.

She loved life, family and friendships. In 2004, she married Robert Simmonds whom she met while working on Superboy, and thus changed her name to Sara Simmonds, although she will forever be known in the industry as Sara Fuller. She raised two daughters, Ashley and Jennifer, was a true friend to both of her son-in-laws, Rowe and Jason, and the best playmate to her only grandson, Kai.

For five years, Sara battled a rare form of cancer, which resulted in her giving up her career to focus on her health. Throughout her struggle, she was a true inspiration to many. She faced the challenge of cancer with the same grace and dignity that she faced life. Her infectious humor carried her, and her family and friends, through not only the longest production days, but also her most harrowing personal battles. Sara peacefully passed away, September 16, 2004 surrounded by her family. Her spirit, her love and her laughter lives on through them and everyone she has touched along the way.